A Stranger Walks In 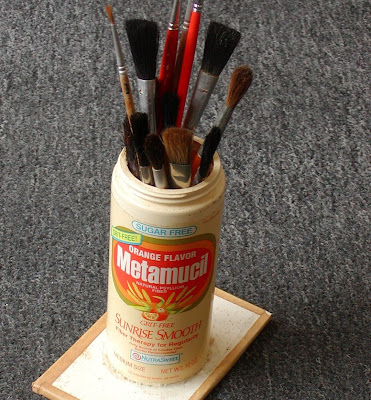 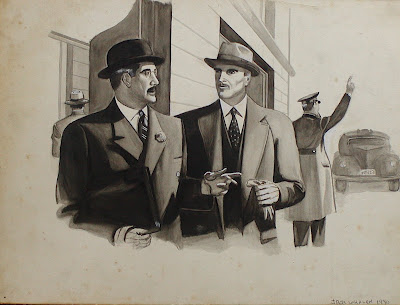 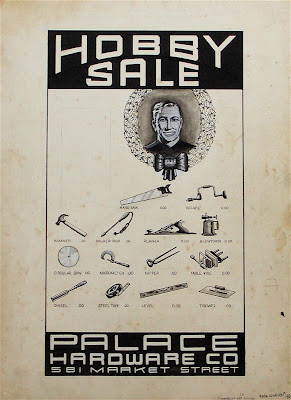 No, not a title of a 40's film noir flick but an event that occurred at my studio today. A 60 year old gentleman with a pony tail, casual shirt, and shorts walks into my studio and introduces himself. He is in Sacramento for a few days from the Los Angeles area where he works (currently capping off his career with the Mars Rover project) and lives. He is cleaning out his parent's (both deceased as of 2007 and '08) house just around the corner from my studio. I guess he had peeked into my studio window at some point, because he came in carrying watercolor supplies and paint brushes. He was going to throw them away but thought that maybe I would want them. His name is Richard, and his father, Jack,( who died in 2007) was an amateur artist. Jack had lived to the age of 91 and was a retired warehouse man. Earlier in his life, however, he was interested in commercial art. I show you here some examples of Jack's efforts that Richard was so kind in showing me. And of course me being me, I took great interest in his father's Orange Flavored Metamucil Grit-free Sunrise Smooth brush holder! Enjoy!

PS: By the by, Richard told me he is a Vietnam vet, and though that was a very divisive war for my generation, I'd like to thank Richard for his service to our country!
Posted by David Lobenberg at 1:49 PM

That was very nice of Richard. I did notice your brush holder. ;-)

I'm reminded of the era of Clark Kent. When gentlemen wore real hats and not a backward baseball cap with a logo.
The faster we hurtle towards progress the more I'm drawn to images of nostalgic references.

What a lovely bit of serendipity there, David.
Looks like those images fell into the right hands.

Not my brush holder as in mine, Paz...Richard's father's brush holder. I'm not at that stage yet!

You just know, Bonnie, that 20 or more years from now, those baseball caps may seem quite out of date and quaInt. Sounds like you are having a great time in your previous home "town". I've never ever been to the big apple...boo hoo...someday.

nice work on this blog

Hey C.B. You are one good illustrator! Thanks for visiting. I went through Neverwuz about 3o years ago on my way to Rough and Ready...very nice town with some extremely curious characters living there.

LOL! I knew that personally your brush holder. I was referring to it as your newly acquired possession. ;-)

LOL! Whew, glad we got that cleared up. I'm vicariously enjoying New York City through your photography. I haven't been there yet...boo hoo!